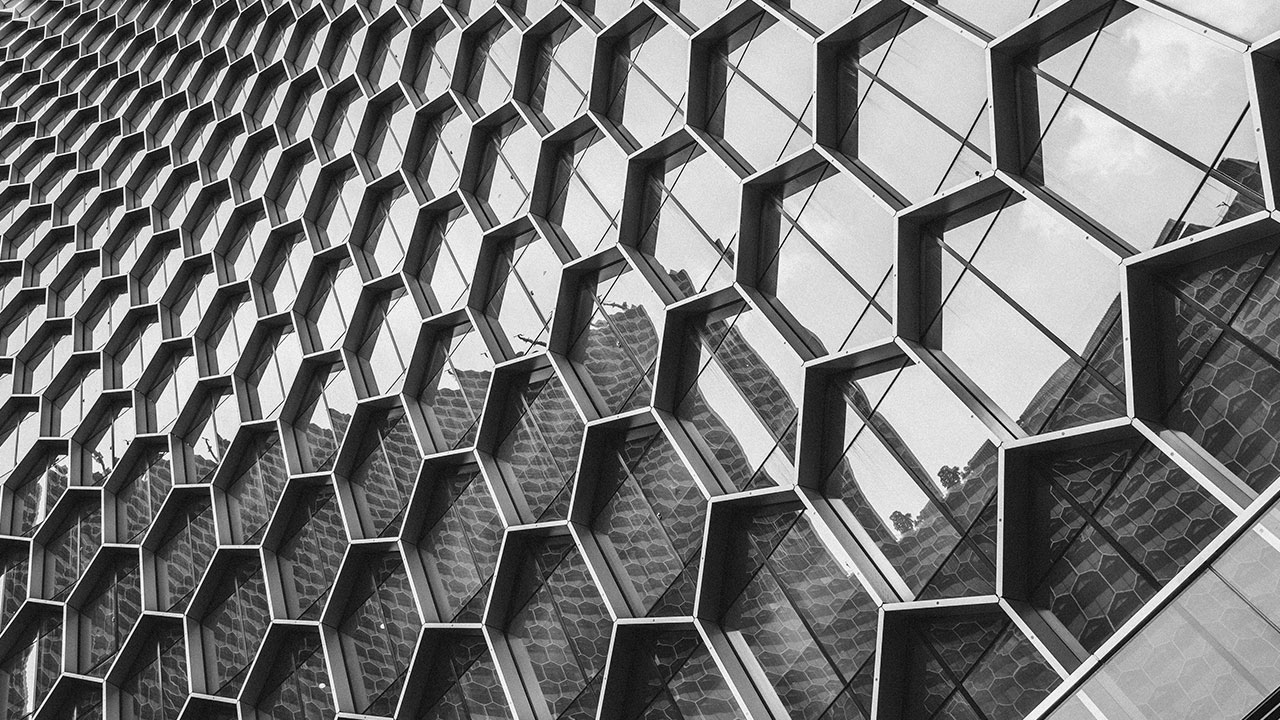 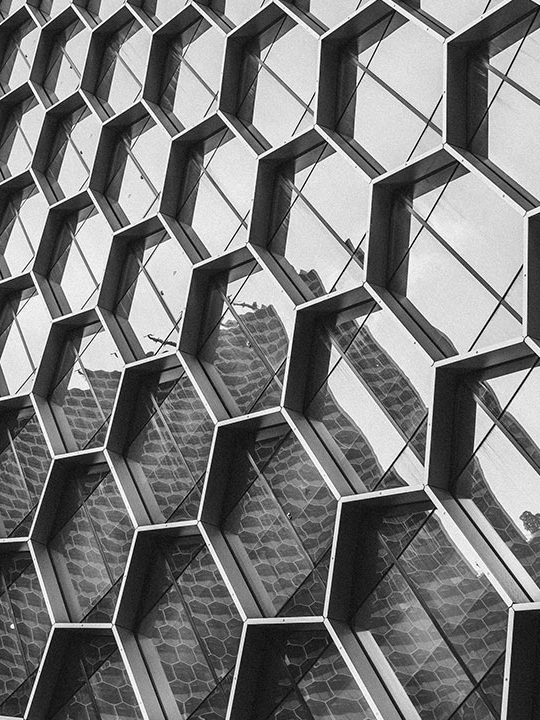 Simon Hanna most recently served as the Chief Financial Officer of FIBRA Macquarie since July 2013. In this role, he has led more than $US2.0 billion in capital markets activities for the FIBRA and was also instrumental in the 2014 establishment and leadership of MPA, FIBRA Macquarie’s internal property administration platform along with driving the development and execution of FIBRA Macquarie’s ESG strategy.

Simon joined Macquarie Group in its Sydney office in 1999, where he supported the Corporate Asset Finance division, a business focusing on leasing and lending activities.

Simon holds a Bachelor of Commerce from the University of New South Wales and is a qualified member of the Institute of Chartered Accountants (Australia).

Andrew joined Macquarie Asset Management Real Estate division in 2007. During this time, Andrew focused on a range of real estate activities across Funds and principal investment positions, including real estate development projects across the industrial, office and residential sectors.

Andrew joined the FIBRA Macquarie team in Mexico City in 2013. Prior to joining Macquarie Group, Andrew worked in the JLL capital markets business in Sydney. Andrew holds a Bachelor of Property Economics (Hons) from the University of Technology, Sydney.

Manager Board of Directors

Mr. Banks provides input and oversight to the global team which manages real estate funds, associated investments along with active real estate projects and platforms across Australia, Asia, Europe and the Americas.

Mr. Banks is a member sits on the Boards of Macquarie managed funds across the globe including GLL (Germany), a wholly owned investment management business operating across Europe and the Americas.

During Matthew’s 30+ year career in the real estate industry he has been involved across all the major real estate sectors including commercial, retail, residential and industrial.

Through this role, Mr. Davis has extensive experience and relationships with private and public sector companies in Mexico, which constitute enhancing deal-sourcing and investment opportunities.

Mr. Davis also serves on the board of Corporacion Actinver, and was appointed a financial expert to the audit committee of Vitro.

Mr. Davis earned his Undergraduate Degree in Economics from the National Autonomous University of Mexico (UNAM), where he graduated with honors, also earned a Masters Degree in Development Economics at the University of Sussex in The United Kingdom.

Nick O’Neil is chairman of FIBRA Macquarie’s Technical Committee and is the only non-independent member of the Committee.

Nick has been a member of the Real Estate Committee of the Manager since the establishment of FIBRA Macquarie in 2012. In addition to this role, he serves as the Chief Financial Officer for Macquarie Infrastructure Holdings, LLC (“MIC”).

Prior to taking this position with MIC, Nick led Macquarie Asset Management’s Real Assets’ business in Mexico and its expansion in Latin America across infrastructure and real estate. He led the establishment of Macquarie Asset Management’s first Real Assets fund in Latin America, Macquarie Mexican Infrastructure Fund in 2009, and the establishment of FIBRA Macquarie, one of Mexico’s first listed REITs, in 2012.

MAM Real Estate has a 30+ year history in investment and asset management and, through its listed and unlisted funds, has over $A16 billion of assets under management comprising a portfolio of over 400 retail, commercial, residential and industrial properties around the world.

Mr. Robson has over 30 years of experience including 18 years in corporate finance with Macquarie providing financial advisory and capital raising services, together with merchant banking investing activities across a broad range of real estate operating platforms.

Mr. Wurtzebach is the Head of the Americas and a Senior Managing Director in the North American real estate arm of Macquarie Asset Management.

He joined the firm in 2008 and is part of a global real estate advisory team that has raised over US$63 billion in equity commitments for a range of private real estate transactions since 2003.

With over 26 years of experience, Mr. Wurtzebach spends the majority of his time helping clients access long-term, flexible private global capital from sovereign and global pensions for a variety of transactions, as well as leading Macquarie’s real estate principal investment and asset management initiatives.

Since 2013, Mr. Wurtzebach has advised on transactions raising over US$5.0bn of equity for US multifamily across development, core and value-add strategies for clients including Greystar Real Estate Partners and Lennar Multifamily Communities, as well as Macquarie Capital principal investments, including partnerships with Logistics Property Company, Greystar Real Estate Partners and RHP.

Nick O’Neil is chairman of FIBRA Macquarie’s Technical Committee and is the only non-independent member of the Committee.

Dr. de Garay specializes in economics, corporate governance and risk management and holds a Ph. D. in Regional Development from The University of Aston in Birmingham, U.K.

Mr. Salazar worked for Ford Mexico for 35 years, where he retired as Vice President of Finance and Governmental Affairs.

His experience at Ford includes acting as a member of Ford Motor Company's Corporate Executive Roll, Vice President of Ford Mexico's board of directors and as its nominee director on the boards of twelve companies, including affiliates of Visa, Vitro, Nafinsa, Visteon and New Holland.

Mr. Salazar has extensive international experience in NAFTA countries, as well as in Latin America and the Asia-Pacific region.

He played a key leadership role in the development of Mexico’s automotive policy and automotive free trade agreements with the U.S. and Canada (NAFTA) and with the European Union.

He was a member, representative and leader of the Mexican Automotive Industry Association (AMIA).

Since his retirement from Ford, Mr. Salazar has served as an advisor to several companies including Ford Mexico, Pilgrim´s Pride in Mexico and Metalsa.

Mr. Salazar holds a degree in Finance and Accounting from St. Mary´s University of San Antonio, Texas and has completed post-graduate work at Harvard Business School.

He was also part of the legal team during the negotiation of the North American Free Trade Agreement and founded the Mexican Arbitration Center (CAM). His areas of expertise are: Mergers and Acquisitions, Economic Competition, and Corporate Law.

In his career, he has developed extensive expertise in business law, including corporate work and M&A Issues. In terms of Economic Competition, he has advised leading companies in the notification of global and domestic mergers, and in the defense of companies under investigations initiated for alleged antitrust practices in various sectors.

He graduated with honors from the Universidad Nacional Autónoma de México (UNAM), and earned his Master’s degrees in International Law and European Community Law at the University of Georgetown and the Collège d’Europe, respectively.

He currently teaches Economic Competition courses in various universities in Mexico, and serves on the board of directors of several national and foreign companies.

Luis Alberto has been recognized by Chambers magazine, Legal 500 and Latin Lawyers as one of the best lawyers in Economic Competition and Arbitration in Mexico.

In his pro bono work, for over 15 years he has been part of the board of JUCONI Foundation, an organization working with preventing family violence in Mexico and the world.

Mr. de la Garza worked for Corporate Properties of the Americas (CPA) from 2003 to 2015, a period during which CPA grew from 2m sqft of GLA to 33m sqft of GLA, becoming one of the largest developers and operators of industrial real estate in Mexico.

He joined CPA in 2003 as CFO and became President and CEO in 2013. As CFO of CPA, Mr. de la Garza raised more than US$1.5bn in financing and managed US$1.0bn of equity commitments.

Prior to CPA, Mr. de la Garza’s broad experience includes working for Bechtel as Finance Director for Latin America, for the International Finance Corporation (IFC) as Investment Officer, and for Schlumberger as Operations Manager.

He has also served as Independent Consultant to institutions such as the North American Development Bank, Hewlett Packard and Alterra Partners, and currently serves on a number of company boards.

Mr. de la Garza holds a B.Sc. in Mechanical and Electrical Engineering from I.T.E.S.M. (graduated with honors) and an MBA from INSEAD.

Michael Brennan is a Co-Founder, Chairman, and Managing Principal of Brennan Investment Group. Mr. Brennan has orchestrated more than $14 billion in industrial real estate transactions in the course of his 33-year career.

Prior to forming Brennan Investment Group, Mr. Brennan co-founded First Industrial Realty Trust (NYSE: FR) in 1994, and served as President, Chief Executive Officer and a member of the Board of Directors until late 2008.

Before co-founding First Industrial, Mr. Brennan was a President and Partner in The Shidler Group, a nationally prominent US real estate firm. He was a founding investor of Tri-Net Property Trust and Co-Founder and member of the Board of Directors for Pacific Office Properties (AMEX: PCE), an office REIT.

He began his industrial real estate career in 1984, as an Investment Specialist with CB Commercial. Mr. Brennan earned his Bachelor’s degree in Finance from the University of Notre Dame in 1979.

Mr. Brennan currently serves as Executive Director of the University of Wisconsin’s James A. Graaskamp Center for Real Estate. Under his direction, The Guide to Classifying Industrial Property Types was written, the rights for which were later acquired by the Urban Land Institute (ULI).

Ms. Neff is the Head of ESG, Lendlease Americas, where she provides leadership and management oversight in developing, implementing and driving Lendlease's corporate sustainability framework in the Americas region.

Prior to that role, she served as Senior Vice President, Sustainability at Kilroy Realty Corporation. Ms. Neff was instrumental in the architecture, initiation and execution of Kilroy’s sustainability program.

Under her leadership, Kilroy has been recognized as a leader among publicly traded real estate companies on sustainability in the Americas by GRESB for seven of the last eight years as well as being recognized by NAREIT.

She has been named a Los Angeles Woman of Influence by the Los Angeles Business Journal, a 40 under 40 awardee by the Urban Land Institute, a Los Angeles Power Woman in Real Estate by Bisnow, a Women in Sustainability Leader by Green Building & Design magazine, a Woman of Influence by GlobeSt Real Estate Forum, and was the recipient of NAREIT’s 2020 Leader in the Light Leadership Personified award, an award that recognizes achievement in sustainability.

She is a LEED Fellow and holds a BS from Stanford and an MBA from Columbia Business School.

Composition of sub-committees of the Technical Committee: